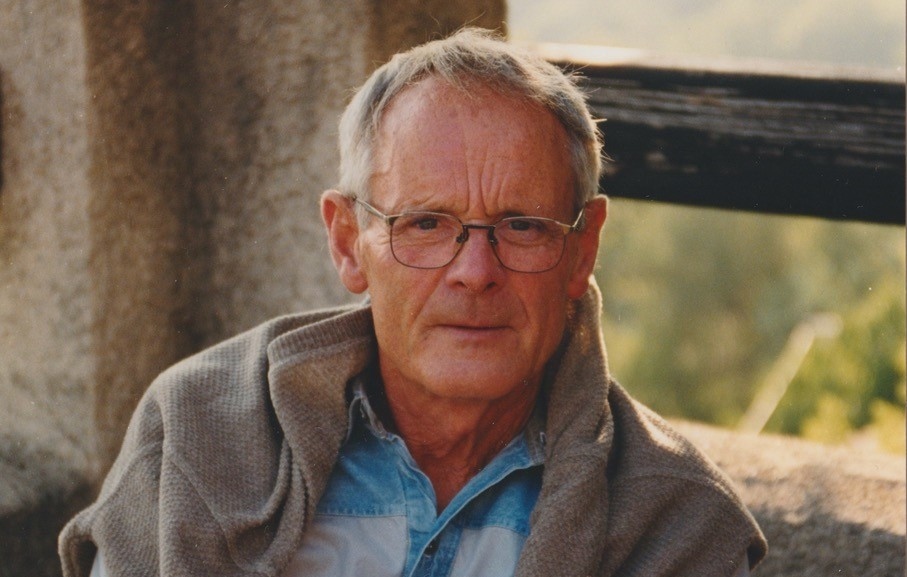 It is with deep sadness that we announce the death of our company founder and friend, Carl-Wilhelm Edding ("Kuli"), who passed away in Hamburg on 27th April 2021 at the age of 90.

It is with deep sadness that we announce the death of our company founder and friend, Carl-Wilhelm Edding, who passed away in Hamburg on 27th April 2021 at the age of 90.

It was in 1960 that Carl-Wilhelm Edding founded edding in Hamburg together with his school friend, Volker D. Ledermann. For more than six decades, the edding brand – the brainchild of Herr Edding – has been a byword for products that allow people to express their personality, most notably the iconic edding permanent marker. Right up until the present day, long after his official retirement in 1986, Carl-Wilhelm Edding (nicknamed "Kuli", an informal German word for "pen") has been truly pivotal in shaping the company's financial success and creating a corporate culture focussed on people and the natural environment.

We humbly salute the achievements of "Kuli" Edding as someone who was always much more to us than simply the founder and namesake of our company. In his memory, we will continue to uphold and foster his values with a great sense of responsibility and gratitude. More than anything, we shall miss him as a person, for this unique man with a passion for sailing (he crossed the Atlantic single-handedly) shone brightly as a role model for authenticity, foresight and philanthropy. He donated the lion's share of his wealth to set up the Stiftung :do foundation. Now headed by his daughters, Miriam and Gesine Edding, the foundation still campaigns today for the rights of migrants.

"Dear Kuli, thank you for the legacy you have left us. We will continue to nurture your name and, above all, your values with a deep sense of pride and responsibility."

Anyone who is lucky enough to have known Mr Edding will remember him as an extraordinary person and an accomplished entrepreneur. Born on 20th July 1930, he grew up in Hamburg. In the 1950s, he worked for a Japanese manufacturer of writing instruments where he came across felt-tip pens and learned much about them. Soon afterwards, he resolved to set about designing and developing his own range of products. In 1960, along with his school friend, Volker D. Ledermann, he founded edding in the Hamburg district of Barmbek, with a start-up capital of just 500 German Marks.

Having decided on edding as the brand name, the duo soon succeeded in creating a large distribution network. Through specialist office supplies dealers, their markers found their way into homes and businesses across Germany. Before long, their products were being used in a growing number of different areas: warehouses, freight forwarders, offices and advertising agencies were now increasingly relying on the quality products made by edding.

In the mid 1960s, Carl-Wilhelm Edding successfully added complementary products to the range, introducing planMaster (now Legamaster), the brand providing solutions for visual communication and workplace collaboration. He also drove brand globalisation forward, with the result that the edding success story now continues in over 100 countries. Carl-Wilhelm's appreciative manner and authenticity, combined with his entrepreneurial foresight, played a significant role in the worldwide expansion of edding products.

In 1986, Carl-Wilhelm stepped down from operational management when the company was floated on the stock market, although he stayed on for a while as a shareholder and remained on friendly terms with the company until the end. A keen sailor, he bought himself a small sailing boat which he then skippered and navigated solo across the Atlantic and Pacific Oceans. Not even after he suffered a heart attack and was forced to use a  wheelchair in his 80s did his curiosity and love of life diminish. A large part of his fortune went into Stiftung :do, the foundation run by his daughters, Miriam and Gesine Edding, which campaigns against racism and for the rights of migrants.

His personable, modest manner will never be forgotten, as Per Ledermann, the current CEO of edding AG, recounts in this anecdote about an occasion when they were once checking into a hotel at the same time. Mr Edding gave his name as "Carl-Wilhelm Edding". The receptionist enquired: "Edding? You mean like the pen?". "Kuli" replied, somewhat drily: "Yes – exactly like the pen."

We extend our sympathies and condolences to his daughters, Miriam and Gesine, and his whole family.

The Management Board of edding AG on behalf of all former and current employees.